Review: I Am Jazz

I Am Jazz by Jessica Herthel
My rating: 5 of 5 stars

It's Banned Books Week and I'm celebrating a book that has been banned for its message of positivity and acceptance of transgender kids.

During the years that I was a Guardian ad Litem (Court Appointed Special Advocate) in the child welfare system in Miami I had two cases of children in the foster care system who were transgender. I can unequivocally say that allowing a child to be their authentic self, regardless of the gender assigned at birth, is one of the most powerful gifts you can give. It is literally a life-sustaining gift for some children. Getting there, to that authentic expression, can too often be a difficult process for a child, because of the peers and adults who are in the life of a child who is transgender.

I Am Jazz is a children's picture book that tells the story of Jazz Jennings, a transgender youth activist who hails from my own South Florida. Jazz is the founder of the TransKids Purple Rainbow Foundation and an outspoken member of the LGBTQ community, as well as a media personality with her own TV show on TLC. She recently published Being Jazz detailing her life as a transgender teen. I'm pretty sure that one's been banned, too.

So why am I reviewing a picture book? The younger a child is allowed to express their authentic self, the less likely they are to suffer from the crushing depression and various body issues at puberty that often affect transgender adolescents and can greatly complicate their transition to their true gender. It means making children who feel they are not the right gender aware that this is a known thing, they aren't alone, and that there isn't something wrong with them, all of which is absolutely vital for a trans child. It means giving trans kids more words to share and express how they feel with the adults in their lives, if their parents still haven't fully come to terms with their child's sense of self. It means their peers knowing this is something that happens with some children and that there isn't something wrong with them. It also evidently means that some people think kids shouldn't know about these things and can get a book banned from school and even public library shelves.

Having books out there that reassure trans kids that they're not alone ("There's a book! About a kid just like me! And she's happy!") gives them a head start toward building the resilience to live their lives being their authentic selves. Jazz, with her courage to be herself and share her experience with others, is a role model for all children.

Does your library have any of Jazz's books? 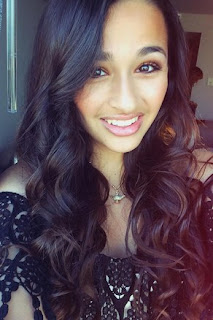