Race the Sands by Sarah Beth Durst
My rating: 4.5 of 5 stars

Sarah Beth Durst's Race the Sands continues her marvelous practice of giving us protagonists who are not glowing with the blush of youth, lacking for responsibilities beyond their own self-exploration. The main character of this standalone epic fantasy is Tamra Verlas (and there's a story behind that name), a weary, middle-aged woman who trains kehoks, monstrous chimera creatures, and riders to race competitively. Once a rider herself, Tamra now walks with a painful limp from injuries and bears the burden of a reputation that has been blackened by her errors in judgment that resulted in student rider injuries and death. Tamra continues to struggle in her work, to pay the tuition of her eleven-year-old daughter Shalla, who has been identified as a potential augur by the religious order in Becar. If Tamra doesn't pay for her training, the order will just take her child away from her, effectively terminating her parental rights and influence. Tamra will not let that happen, even if she has to beg, borrow, and possibly occasionally steal. Her patron, Lady Evara, has grown wary of Tamra because of her various losses and gives her one last chance to train a kehok and rider to win a championship. Champion kehoks are given a special reward- a chance to reincarnate as a human again. In Becar, when a person dies, they are reincarnated in animal form. But for those whose souls have been blackened by misdeeds, their reincarnation is in the form of the monstrous kehoks- beasts of vicious brutality and anger. Kehoks are ruled by mind control, and often harsh treatment. Tamra can control multiple kehoks solely with her mind, a feat that is rare, it seems, among trainers. Given too little money by Lady Evara, she goes off in search of an unruly kehok that no one else can control. She finds an impressive scaly lion and also finds a potential rider in Raia, a young woman running from her family and potentially disastrous arranged marriage. Raia looks at riding as a way to buy her freedom from her family, but she also forms a special bond with her scaled lion kehok. Contrary to what Tamra teaches her, she is sure her black lion understands her and she feels she understands him, as well. In record time, Raia and the lion kehok show promise of being truly great racers.

Paired with Tamra and Raia's story, we have Prince Dar, a young man who was an heir in name but never intended to rule. When his protective brother Emperor Zarin dies young, Dar must ascend the throne. But he can do this only after his brother's soul vessel is identified. Their father reincarnated as a pampered toad, and their mother as a river hawk, whose wings are clipped so she cannot fly away from the palace. Having failed thus far to identify the vessel for his brother's soul, Becar is descending into chaos without an Emperor. Neighboring kingdoms have started to exploit the lack of leadership since Dar cannot sign anything into law until after he is crowned. After a fruitless search of animals in the kingdom, Dar's friend Augur Yorbel has the unsettling idea that Zarin might have been reincarnated in kehok form, even though he was widely thought to have a benevolent soul. And so he goes searching for a kehok whose aura reveals the traces of Zarin's soul. Given the unique character of Tamra and Raia's lion, it's easy to figure out where Zarin's soul might reside. But how did that happen, given Zarin's reputation for goodness? If kehoks can reincarnate as humans for a second chance, could similar magic have been wrought to bring injustice to Zarin?

This was a very enjoyable fantasy. I continue to love Sara Beth Durst fiercely for her giving us the pairings of mature women with younger women, and heroines who lead complicated lives as mothers and magicians. At 526 pages in its proof edition, the novel is long but overall well-paced.

I'll update readers with information on the audiobook after I have a listen.

I received a Digital Review Copy and a paper review copy of this book in exchange for an honest review.

Want to buy a copy of Race the Sands from your local independent bookstore? Click HERE.

Want to buy the audiobook copy of Race the Sands and have a portion of the sale benefit your local independent bookstore? Click HERE.

View all my reviews on Goodreads 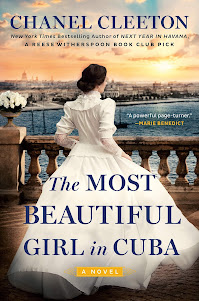 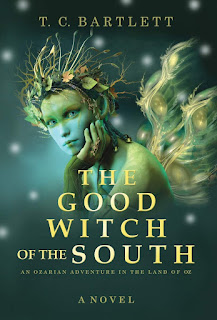 Review: The Good Witch of the South